FCSD3 TO INDUCT FOUR INTO NEW ATHLETIC HALL OF FAME

Four former athletes and coaches will be inducted in the inaugural class of Florence County School District Three’s Athletic Hall of Fame on Friday, October 3.

The Athletic Hall of Fame recognizes outstanding athletes, coaches and others who contribute to athletics from current and past high schools in the district. “Florence Three has had some incredible athletes and coaches over the years,” said Matt Apicella, Lake City High athletic director. “We have had coaches known as innovators in their sports and athletes who have gone on to have stellar careers at both the college and professional levels. This is one way for us to recognize them and to remember their accomplishments.”

Any athletic alumnus, coach of team is eligible for nomination by an alumnus of a current or former high school in Florence County School District Three. A nominee must be at least five years removed from graduation. The selection committee is comprised of the Lake City High principal, athletic director, assistant athletic director, athletic booster club president and district communications officer. Nominations must be submitted to the athletic director.​ 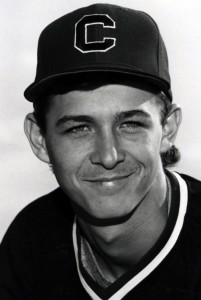 Tripp Cromer is a 1986 Graduate of Lake City High School where he was a three-sport star in baseball, basketball and tennis. He attended the University of South Carolina where he played baseball for the Gamecocks from 1987-89.

In his three years with the Gamecocks, Cromer batted .314 with 94 RBIs and 21 homeruns. He had his best season in his junior year when he batted .351 with 44 RBIs and eight homeruns.

In 1997, Cromer signed with the Los Angeles Dodgers where hit .291 with four homeruns and 20 RBIs 28 games. After three seasons with the Dodgers organization, he signed with the Houston Astros. He retired from professional baseball in 2003. 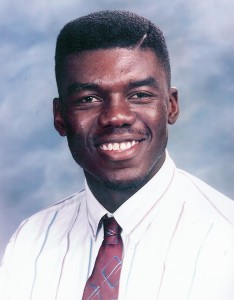 A 1985 graduate of Lake City High School, most people remember the late Derrick Faison as a standout athlete, but it is his work with students in one of Orange County, California’s, alternative schools that left his mark on the world.

After graduating high school where he excelled in football, basketball and track, Faison was recruited by South Carolina and Clemson to play football, but chose instead to attend Howard University in Washington, D.C.

Faison graduated from Howard with a degree in business management and signed as an undrafted free agent with the Los Angeles Rams in 1990. He played one season with the Rams before signing with the San Diego Chargers and then the San Francisco 49’ers.

After his NFL career ended, Faison began working as a campus guard and a coach for the girls’ basketball team at Tustin High School. He was later given an emergency teaching credential to teach a summer school health class and did so well that he was asked to work in the Orange County Department of Education’s ACCESS (Alternative Community Correctional Education Schools and Services) program. ACCESS offers classes to students who have been incarcerated or are at risk of failing or dropping out of school. At the same time, Faison enrolled at National University where he earned both a bachelor’s and a master’s degree in education as well as a multiple-subject teaching credential. Faison boasted the best class attendance records in the ACCESS programs.

Faison passed away while playing basketball on June 27, 2004 from an undetected heart condition. He left behind his wife, Regina, and two sons, Jordan and Justin. After his death, Regina established the Derrick Faison Foundation to increase the survival rate of sudden cardiac arrest (SCA) victims by donating automated external defibrillators and to support heart screenings and increase awareness of SCA and Hypertrophic Cardiomyopathy through education. 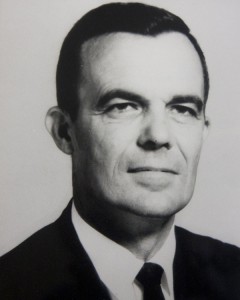 The late J. Herbert Rollins was well known through South Carolina both as an outstanding athlete and high school coach and was inducted into the South Carolina Athletic Hall of Fame in 1983.

A 1940 graduate of Lake City High, Rollins attended Presbyterian College where he went on to earn a record 16 college letters in football, basketball, baseball and track. He was All-State in football and basketball at Presbyterian College, led his baseball team in hitting for three years and never lost a broad jump event in track. Rollins was one of 25 players to be named to the college’s All-Century Team in baseball.

John McKissick, the legendary high school football coach at Summerville High School, once commented that Rollins was “the best all-around athlete I’ve ever known.” Legendary Clemson coach Frank Howard once said Rollins was one of the best football players in the state, if not the best, after Rollins rushed for 100 yards and scored the first touchdown by an opponent in 1942 when Clemson opened Memorial Stadium.

Rollins was drafted by the Philadelphia Phillies but chose not to pursue a professional baseball career because of a knee injury. Instead, he returned to the Lake City area to teach and coach football, basketball and baseball at Lake City High, Olanta High and Kingstree High. As a coach, Rollins had a career record of 611-180. He later served as the athletic director at Lake City high School.

The fieldhouse at Ward Memorial Stadium was named in his honor and each Lake City High School presents the J. Herbert Rollins Award to the best all-around male and female athletes.

Rollins passed away January 9, 1982 competing on the tennis court.

The late Sidney A. “Zeke” Ward is a 1940 graduate of Olanta High School where he was an outstanding football and baseball player. He taught masonry and electricity at Lake City High School. 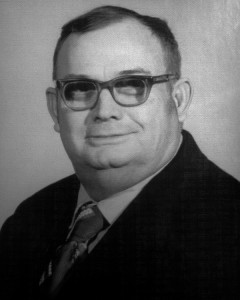 The Lake City High School football stadium was dedicated to his memory and was renamed Ward Memorial Stadium in 1974.

Ward started his coaching career in 1944 as an assistant to Herbert Rollins. At the time, the school could not afford to pay more than one coach and Ward volunteered as n assistant coach.  Through a 26-year coaching career that ended after the 1973 season, Ward was the defensive expert for six different head coaches.

He consistently provided the Lake City football teams with superior defensive teams and was also the defensive coach in 1947 when the Lake City High School team went through the entire regular season without allowing an opponent to score.

In 1947 Ward envisioned and developed the idea of a four-man front defensive line, which later became the essence of professional and collegiate defensive units. In an article that appeared in the December 2, 1970 edition of the Lake City News and Post, Ward said the idea for the four-man front came to him the night before a game against Kingstree and then-coach Herb Rollins. “I knew he had some pretty fast boys,” Ward said in the interview. “So I dropped back two of the linemen, making it a four-man front instead of six.” Ward added that his philosophy for defense was to “stop the long play and the short ones will take care of themselves.”

Ward’s philosophy was successful. Over 24 years, his defensive teams allowed an average of four points per game.