Bailey, a 6’2”, 210 lb. quarterback completed 71 of 117 passes for 1,111 yards and nine touchdowns, with only one interception in a season shortened by COVID. He also rushed for 164 yards and six touchdowns on 34 carries.

Bailey was also selected to the 3A-Region 6 All Region Team and was an All-State selection by the South Carolina Football Coaches Association. He also was selected to the All End-Zone Football Team by the WPDE Sports Reporters. Bailey hopes to transfer to a Division I college after graduation from Ellsworth Community College.

“Hilshon was the heart and soul of our football team for the past two years,” said Lake city head football coach Ronnie Baker. “He has the heart of a lion and he always gave his best when the Friday Nights lights came on. His toughness and never say die attitude made him one of the best quarterbacks in the state South Carolina this past year,” Coach Baker added. “In my 23 years of coaching, Hilshon is the best quarterback I have ever coached.”

“Michael was a very productive player for the Panthers this year,” Baker said. “As a first-year varsity letterman, he started every game. Michael was versatile enough to play every position across the defensive front. At his size and with his athleticism, college coaches from all over the country called and inquired about him.”

Dickson lettered four years with the Lady Panthers’ basketball team. She finished her senior season averaging 15.5 points per game, 5.5 rebounds per game and 3 assists per game. She is a highly decorated athlete, being named 6-3A All Region first team for the last three seasons.

“Jada is a leader on and off the court and she will excel at the next level,” said Debra Muldrow, head coach of the Lady Panthers.

Washington finished his senior season as one of the top rebounders and shot blockers in the area. He averaged 10 rebounds and two blocks per game. He was considered the spark plug to Lake City’s wins this past season.

Eaddy is a forward that unfortunately was unable to compete his senior season after transferring to Lake City High School. “Though he was unable to play in games, Stan Adams, LCHS head boys’ basketball coach said Eaddy was very proactive and was considered a player/coach by his teammates. While he did not compete his senior season he was still able to catch the eyes of several Junior college and prep schools throughout South Carolina and North Carolina, according to Adams.

A three-time lower state finalist, Nicholson has been named LCHS Track Athlete of the Year twice.

“Her personal records of 12.86 seconds in the 100 meters and 26.62 in the 200 meters put her on par with NCAA athlete across the nation when compared to the same point in their careers,” said Ernest Graham, LCHS girls’ track coach. “Her hard work and commitment to the sport of track has provided her with an opportunity to continue on the collegiate level. There is no doubt that she will go on to be successful o and off the field at Coker University.” 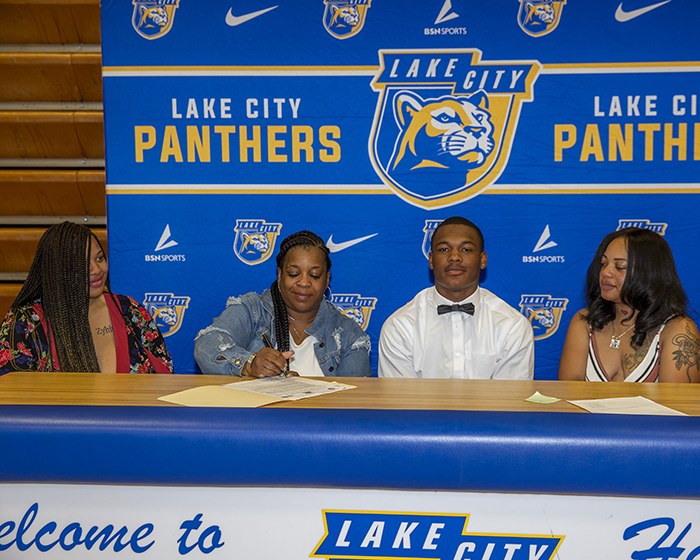 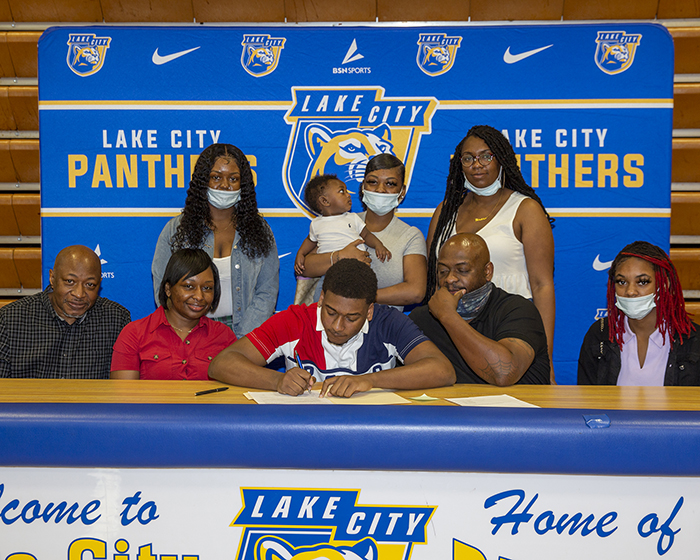 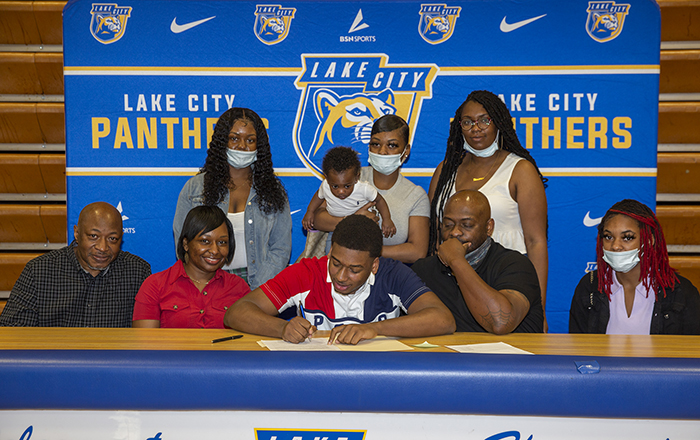 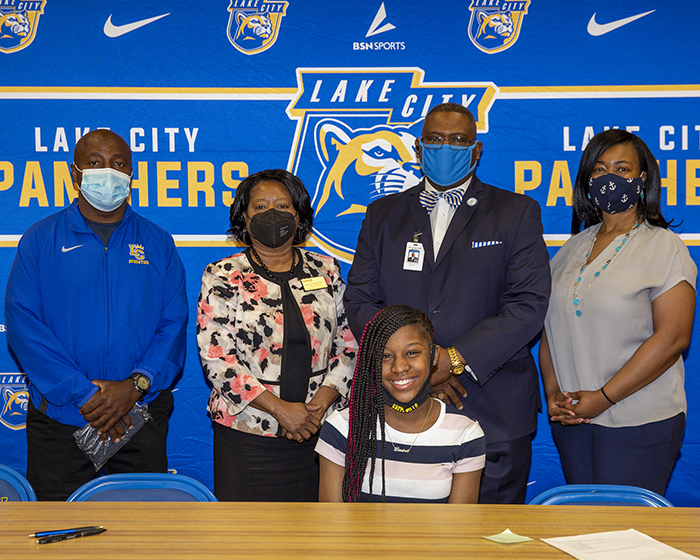 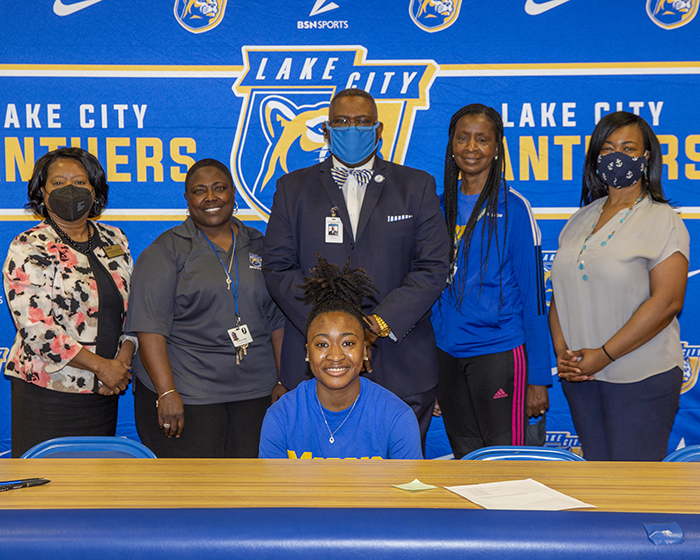 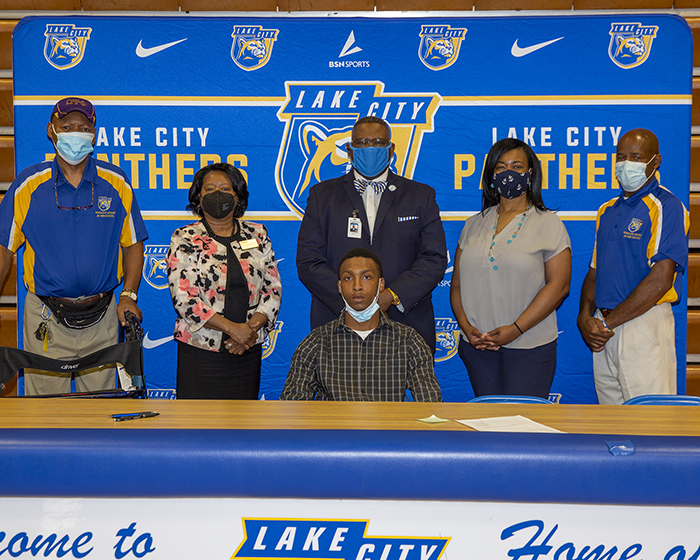 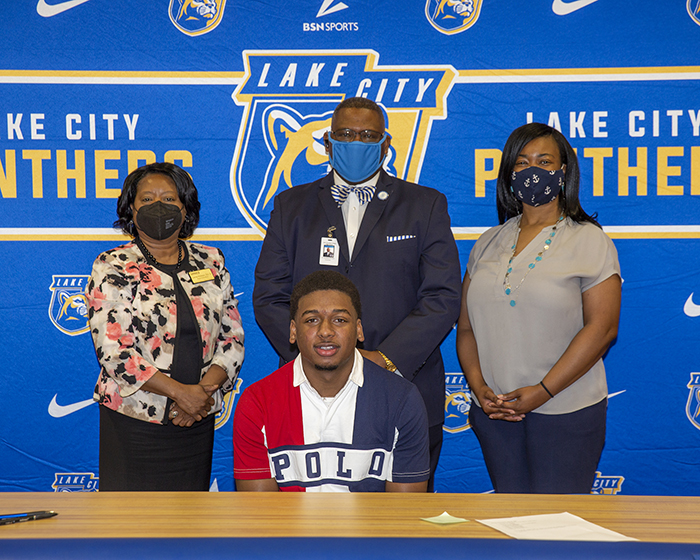 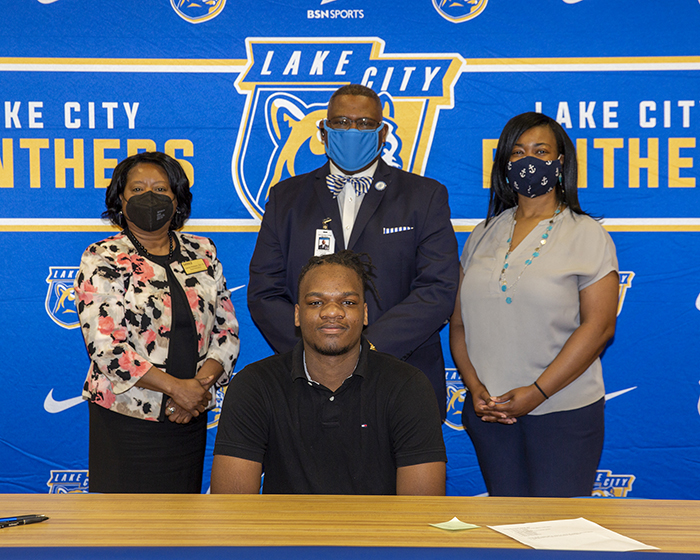 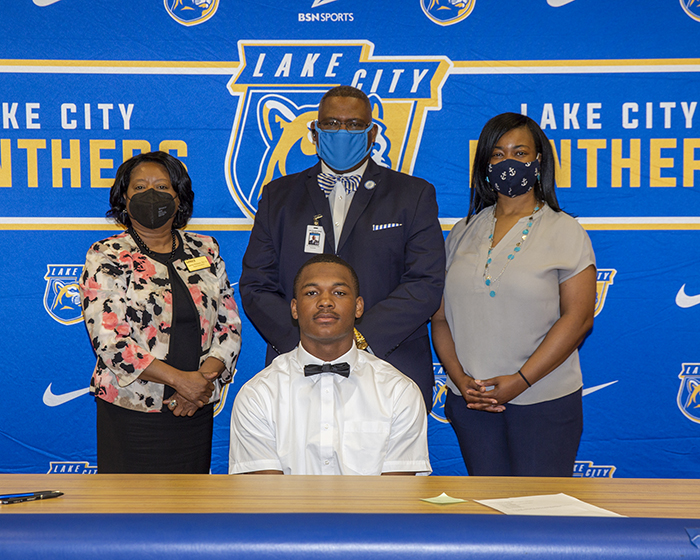 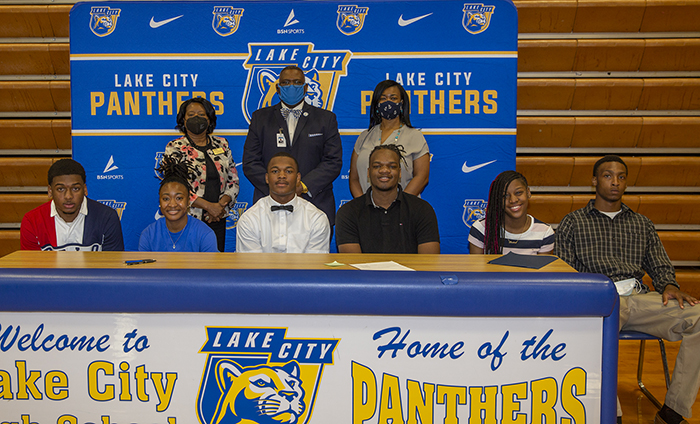 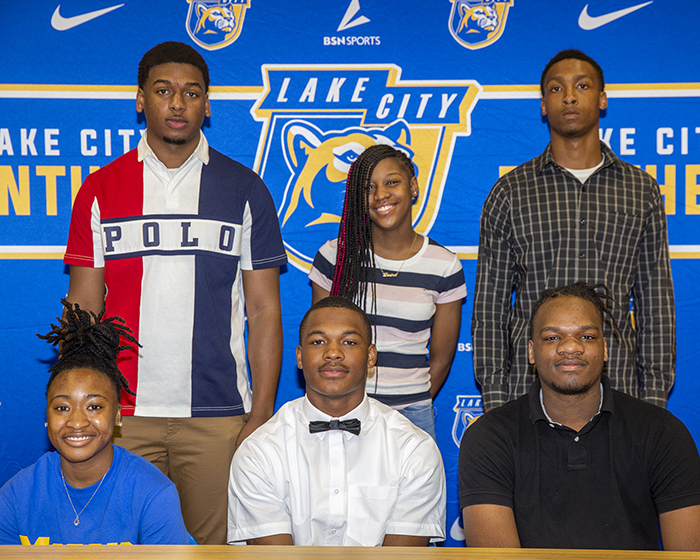 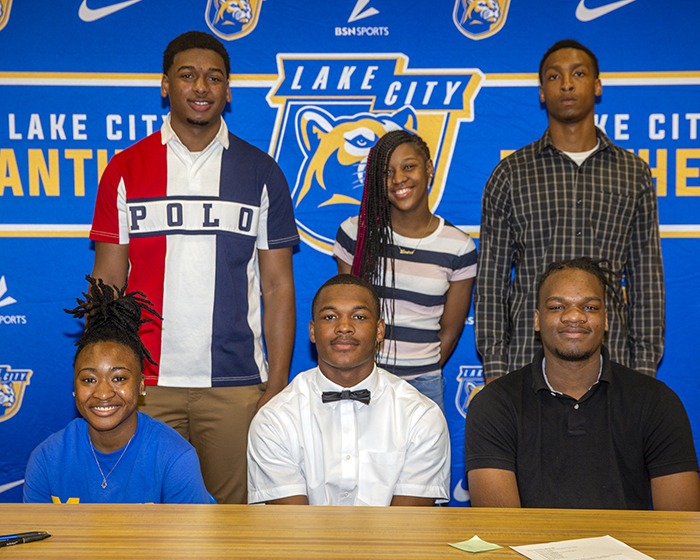 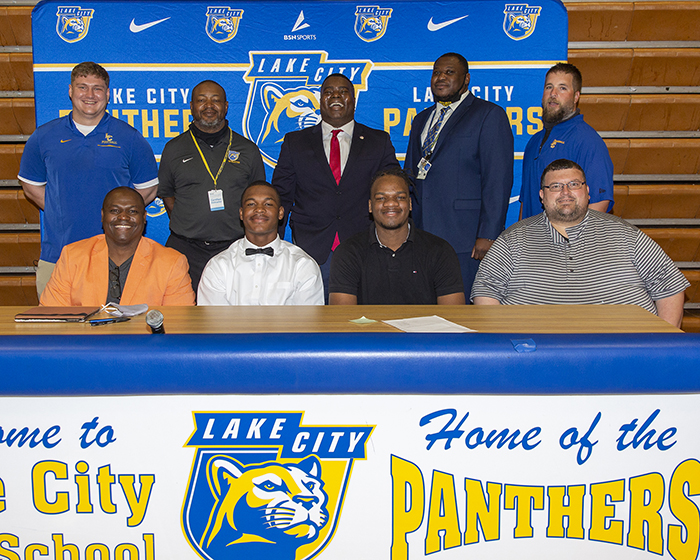 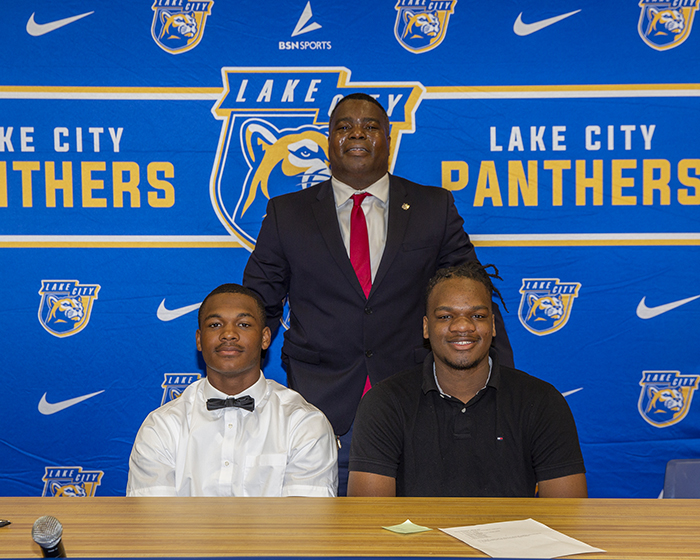 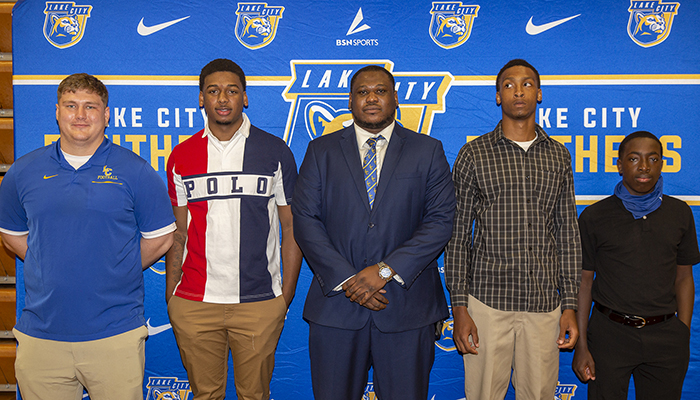 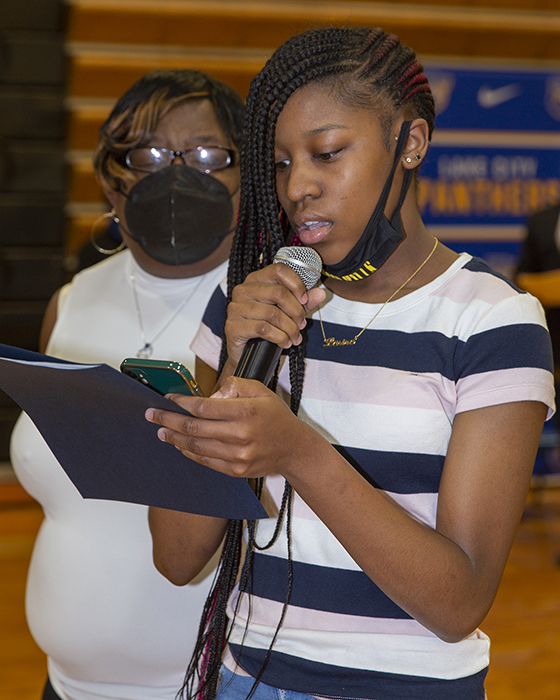 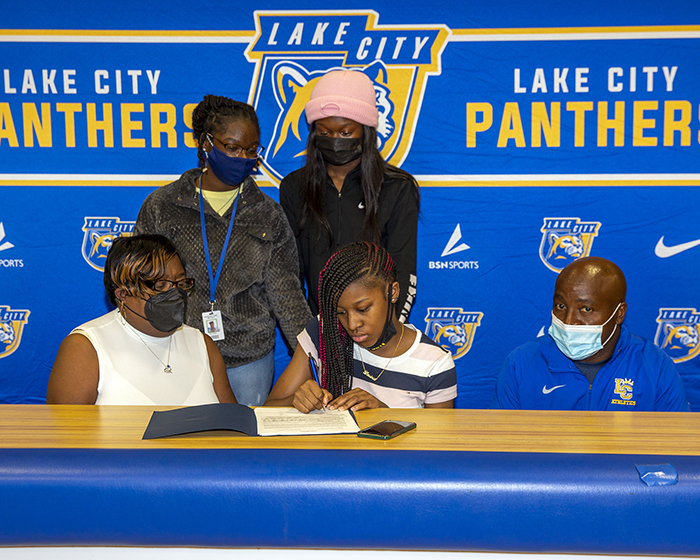 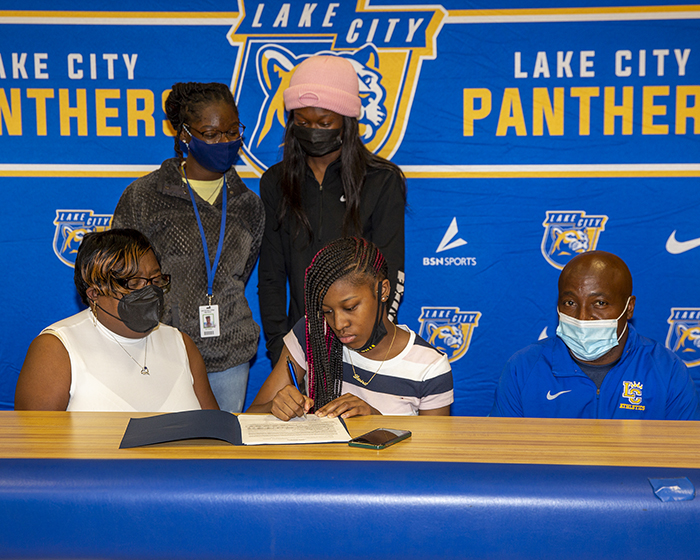 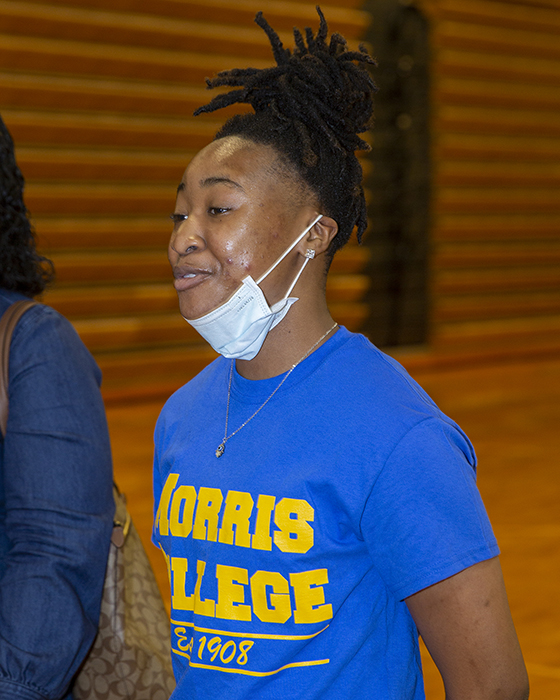 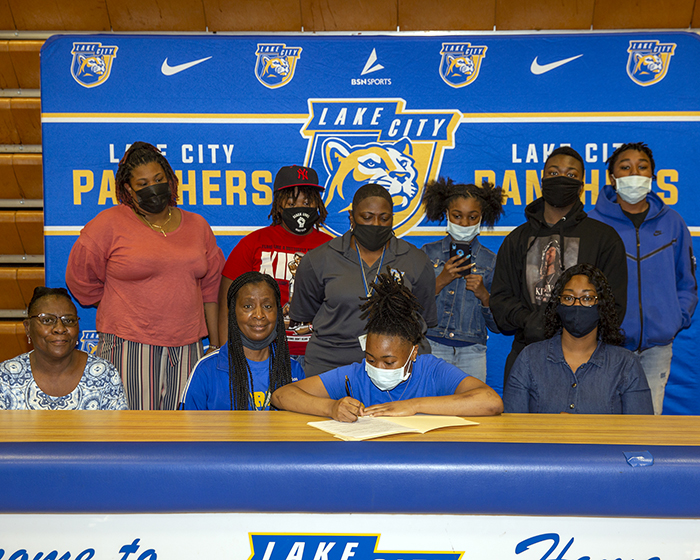 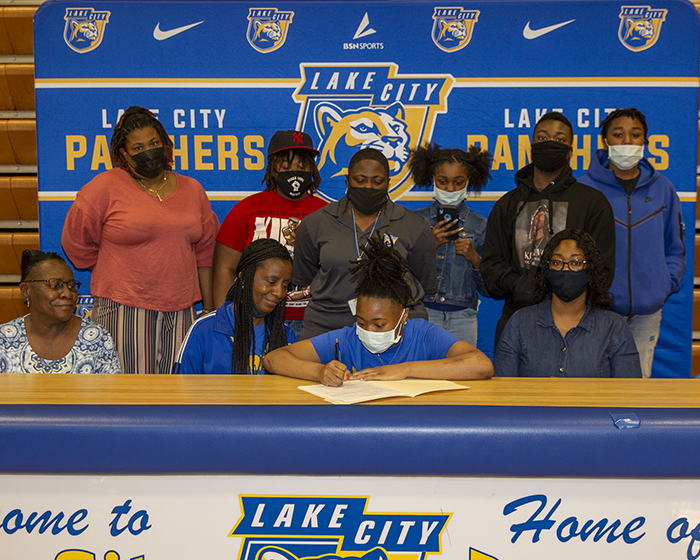 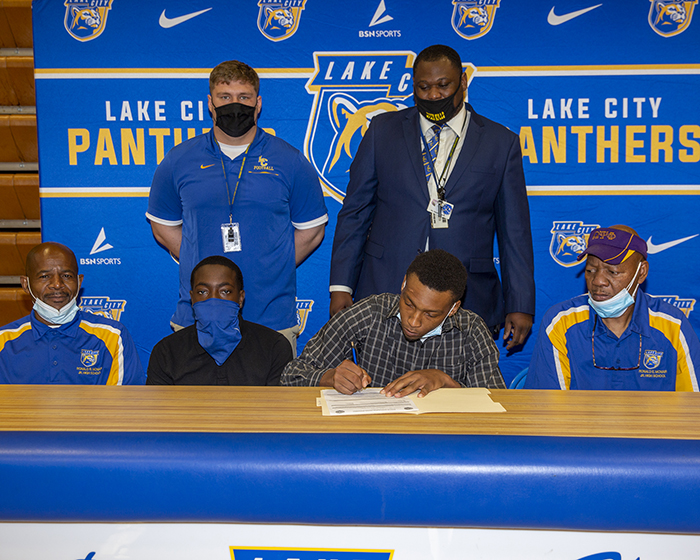 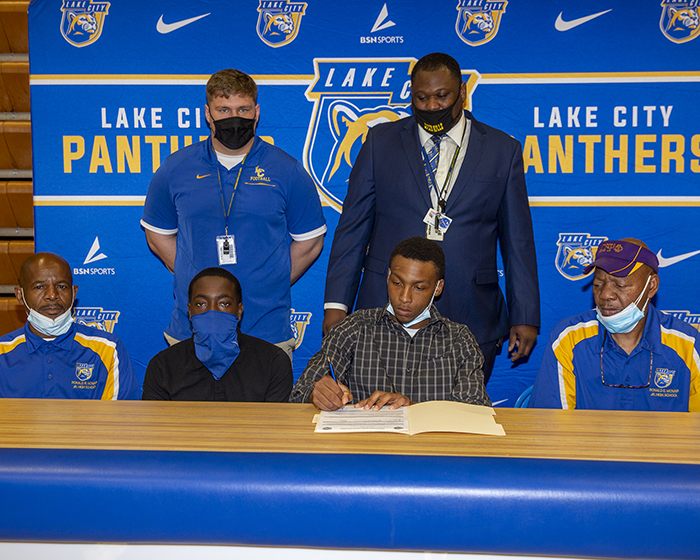 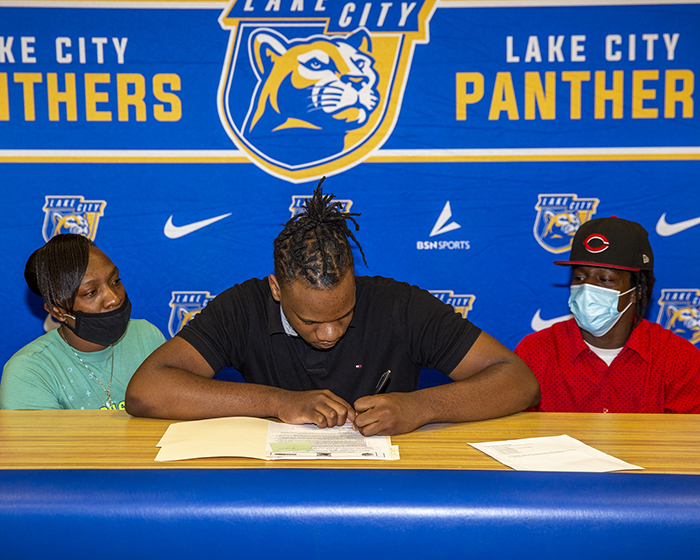 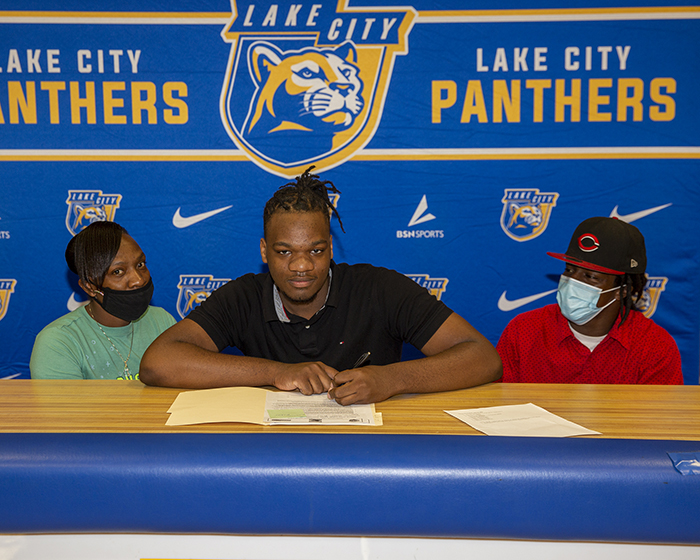 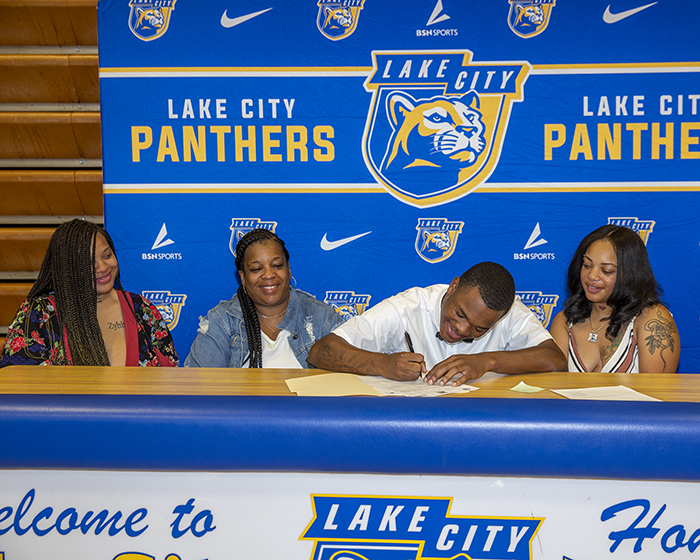