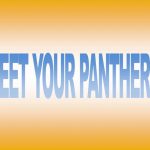 (Photos courtesy of Stephanie Dawkins) Twins Jermaine and Jamal Brown, or as they are most commonly known, “The Brown Brothers”, have been mainstays on the football field and wrestling mat.  Both have been named All-Region as grapplers and also as bone-rattling linebackers on the gridiron.  Also, they are talented musicians who spend their Sundays playing